Okay, I've done it.  "You Have to Wonder" has moved to Dreamwidth, and is now at lisa-goldstein.dreamwidth.org.  The first entry is called "Dear AT&T..."

Everything was ported over successfully, so this will be the last entry here.

Well, here I am, always late to whatever the latest thing is.  I’d been reading about how terrible the new LiveJournal TOS are, but I thought it was the usual exaggeration that you see on the internet, that it probably wasn’t worth worrying about.  Then I decided to actually check it out, and Oh, my God.  Prohibiting “performing any actions contradictory to the laws of the Russian Federation”???  Hasn’t Russia done enough to us already?

So right now I’m looking for a home that isn’t LiveJournal.  I’m not sure where it would be, but when I find it I’ll let you know.  Unless we all die in a fiery nuclear holocaust before then, in which case it was good knowing all of you.
_________

Another thing:  Sorry for not writing in a while.  I've been working on a novel, and even better, I've been enjoying it!

I'm mentioned in an article called "14 Impactful Female Science Fiction and Fantasy Authors," along with some pretty distinguished company.  So is a fellow Brazen Hussy, Pat Murphy.  (Normally I'd give the URL for the Brazen Hussies website here, but we're in the process of moving it.)  Betsy Mitchell, who wrote me to tell me about it, said, "Nice story, even if it does include the word 'impactful.'"

I would really like to spend less time writing about politics and more time writing about things like books and dogs and what happens when you eat an entire box of Girl Scout Thin Mint cookies, but, unfortunately, here we are. Anyway, here’s a non-political piece of news:

My book Tourists will be featured in the Early Bird newsletter tomorrow, February 28, and will be $1.99 for that day only. Then, on March 4, they’ll be featuring Walking the Labyrinth for the same price. Check out http://www. openroadmedia.com/ebook/tourists/ and http://www.openroadmedia.com/ebook/walking-the-labyrinth/ but only on the days in question or they won't work.

Tourists was my attempt to write magical realism. I love the way people in magic realist books deal with the most fantastic occurrence as if it was something that happened every day, just another part of life. Some people think that treating magic as ordinary makes it seem pedestrian, dull, and don’t like magic realism for that reason. In my view, though, there is magic in these books but it happens between the reader and the book; it’s the reader, not the characters, who are continually astonished.

I once wrote a short story called “Tourists” as well. I gave the two things the same title to confuse bibliographers, but it turns out that bibliographers are not as easily confused as one might hope.

Just got this letter from my father's cousin in Holland.  Her family, like my father's family, fled to Holland from Germany when the Nazis came to power.  Unlike my father, though, she is only half-Jewish, and because the "racial purity" laws were more relaxed in Holland she was never taken to a concentration camp.  She did see some pretty terrible things, though.  So if you're not inclined to believe me when I see certain horrific parallels, well, here's testimony from an eye-witness:

"What I find amazing is that during WW II after fleeing to Holland we were not allowed regular radios but had some kind of box we could listen to. All that came out as news in the same tone as is now used was how Germany was winning, how many ships they destroyed and even as Berlin was in flames around him this 'great leader' was moving divisions around that no longer existed.
"I had not heard this anger and delusionary vision for years in the 'free world' officially from anyone in power until now and immediately recognized it. Also the Goebbels doctrine that if you tell a lie often enough to people it becomes the truth seems to reappear in Bannon and the alternative facts doctrine as expressed by his puppet.
"Luckily so far generals and others in power that disagree cannot be executed as they were then in horrible ways and a truly free press and brave people are the only way out. The most dangerous one to me is Bannon who plays people, tries to be in the background, but has a seat on a council where, in his position, he should not be allowed.
"We are all hoping that gradually sanity may return by enough people like McCain speaking up and Congress doing its duty but it is really dangerous I agree."

...how much weekly allowance a twelve-year-old kid would have gotten around the year 2000?  It's for a book, of course.

My mother immigrated to the United States from Hungary in 1947, along with her brother and sister.  All of Eastern Europe was turning Communist then, and because the US government thought that those countries were sending us spies or saboteurs, they had begun to drastically limit the number of people from there who could enter the United States.

So when the three of them arrived at Ellis Island they were labeled “Enemy Aliens,” and were detained for a week, until the authorities could contact distant relatives who would vouch for them.  My mother said that she drank her first Coca-Cola there, and she thought it was so terrible it had to be something they only gave to prisoners.  And she told me something the immigrants said among themselves, that from Ellis Island the Statue of Liberty has her back to you.

The three of them had come to the US on a Visitor’s Visa, so when they left Ellis Island they were warned that they could only stay for three months.  When their time was up the FBI called my mother in for an interview, where she had to come up with some sort of fiction about why she hadn’t left yet.  There were more interviews after that, each one worse than before, each one threatening her with deportation.  (I once asked her why they interviewed her and not her brother or sister, and she said that they had probably picked her out as the most nervous of the three.)  Then Congress passed the McCarren Act, which gave amnesty to refugees from Communism and allowed them to start on a path toward citizenship.  She was pregnant with me when she took the Oath of Citizenship.

The thing about immigrants is that they flat out love this country.  After all, out of all the countries in the world they chose this one.  They risk a lot, sometimes even their lives, to get here.  Many of them are fleeing dictators or famine or war or torture, and when they see how we live they can barely believe their good fortune.  My father, for example, had a lifelong love affair with the First Amendment, partly because, as I said before, his father had nearly been arrested by the Gestapo for saying something negative about Hitler.  He couldn’t get over the idea that not only could you criticize the people in government, but that every two or four years, if you didn’t like them, you were supposed to criticize them, to debate their merits with your friends and family.

I do understand that there can be a few bad people among all the millions that come here.  But the vetting we do already seems to work fine — not one terrorist has ever come from the seven countries named in the Executive Order.  More than that, though, I think the US is making the same stupid mistake they made back in 1947.  The people who come here are not Communist spies from Eastern Europe or terrorists from the Middle East — those are the very things they reject, the reasons they have to flee.  If we turn them away now, we are placing them in great danger.

Every generation, this country is renewed by immigrants.  I’m not going to go into all the fantastic immigrants who came here, and all the things they gave us.  But if we ban those who arrive from certain countries, I guarantee we will miss out on some incredible people.

This morning I got a call from Pew Research, and I got to say that I disapproved of Trump!  (They didn't have any stronger words I could choose.)  This is especially exciting since apparently voters in California didn't count in the last election, so at least I was able to make my opinion known.

Well, we’ve done it.  We’ve just inaugurated a man who will, almost certainly, go down as the worst president in U.S. history: stupider and more incurious than George W. Bush; greedier and more of a war-monger than Dick Cheney; more cold-hearted than Reagan; more thin-skinned and vindictive than Nixon; more of an adulterer than Clinton and Kennedy combined; more crooked than Harding.  As for his racism and misogyny and xenophobia, you’d have to go back even farther to find a comparison, to a time when those in power dismissed minorities and women with jokes and epithets.

And then there are the traits that are all his own: malignant narcissism, a pathetic desire for adulation, a penchant for lying that comes almost as easily as breathing, massive conflicts of interest, a debt to Russia whose outlines are only now becoming clear.

I … don’t really know how to end this post.  Yesterday was pretty grim, but today the marches have given me hope.  What matters, I think, is keeping this feeling of resistance alive, reminding ourselves that none of this is normal, that this isn't the way the United States usually works.  And we're going to have to do that for four years, or for however long he’s in office.  If we can keep that up, we just might be able to make it through.

Remember that political rant I went on after the election?  Here it is in picture form, much more concisely and briefly stated: 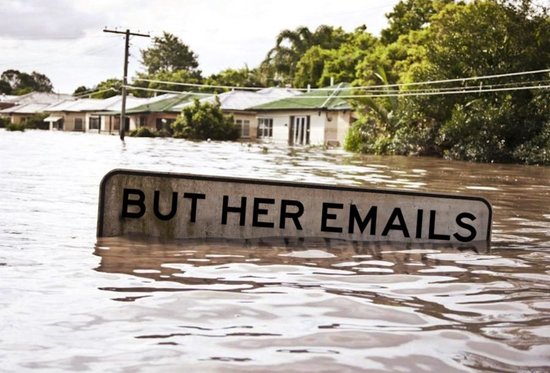 (This is from the DailyKos graphic library.)
Collapse